I was leaving Hamilton and heading south to Darby, where I had an appointment to see a Frank Lloyd Wright building.

As I approached the town's main street and stopped at the corner, Mr. H in the car behind me thought I was turning left. But I turned right (south to Darby) and there he was, between me and the curb.

I heard the loud crash and had no idea what the noise could possibly be. I immediately pulled over in the right lane and got out but I couldn't find anything. Then this Mercury Grand Marquis stopped behind me. Mr. H got out and informed me I had hit him. I had no clue how it could have happened, until he explained that he thought I was turning the opposite way.

We exchanged our info and called the police. They were there in no time, talked to both of us, and took pictures. Now we have to wait for the report and then the insurance companies will take it from there.

Mr. H is a well known senior citizen of Hamilton as I could tell from all the people that saw the accident and stopped to talk to him. Mr. H was on his way home from church and wearing a suit, most of his friends were too.

No one was hurt. Mr. H's car had quite a bit of damage to the driver's side headlight (see first pic below) and Bella has some long scrapes on the passenger side, and quite a bit of plastic parts torn and broken around the storage compartments and the rear tire. The 'house' door doesn't open or close properly now. 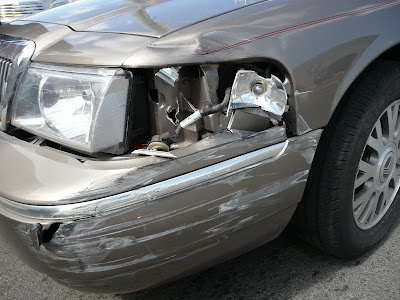 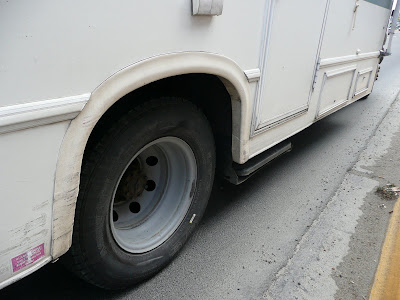 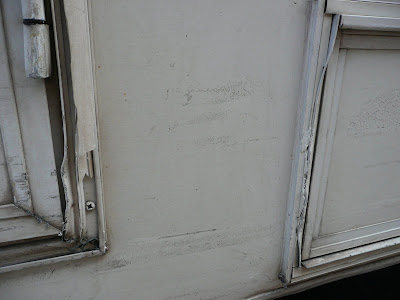 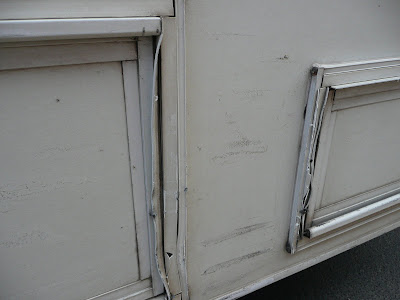 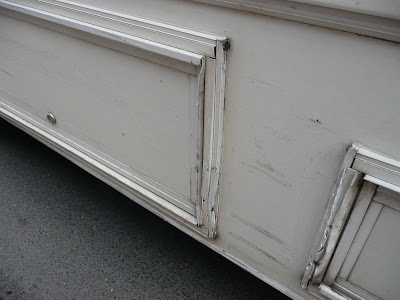 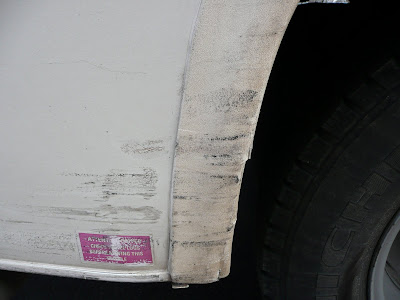 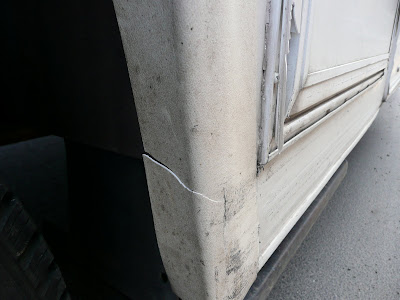